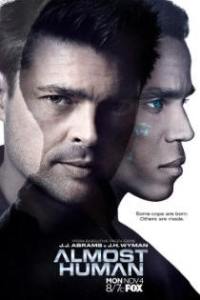 While Almost Human isn’t a totally new concept, it’s different because the android is different.  It’s not a structured,  stiff facsimile of a human being that talks in a choppy pattern alerting you to the fact that this is a robot/android, not a human.  Instead this robot, who’s model was discarded, is more like a real live human being with all the intelligence  of a computer.  This series takes place in the year 2048 when crime is so out of control, police officers have to partner with an android to solve crimes as well as survive the criminal element.    Almost Human  revolves around  Detective John Kennex play by Carl Urban and Dorian (his android partner) played by Michael Ealy.  Their partnership closely resembles a regular pair of officers on the job and the everyday issues that confront them but with a twist.  I’ve been enjoying the series and find the stories interesting.  Given the technology used for this futuristic era, I think you’ll find Almost Human refreshing and well told.