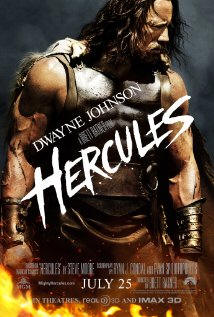 Ho Hum, it’s pretty much the same story I’ve seen and heard many times before. While Dwayne Johnson makes a fantastic Hercules, he can’t change the redundancy of the story. Hercules is about a strong man or Demigod (which ever tickles your fancy), who’s family was killed while he was drugged by some unknown person. Since he doesn’t know what happened, he can’t defend himself against the accusation that he killed his wife and 3 children in a drunken stupor. In the meanwhile he’s asked to defend villages, towns and nations against armies, thieves, monsters and robbers because of his strength and knowledge. Finally he comes across a situation that encourages him to commit to saving Greece from a ruthless warlord only to find truth and freedom. I really liked Hercules because I really like period pieces. It was done tastefully and was entertaining. The cast was brilliant and well acted. I think we are at a point in history where not too much will surprise us and I don’t see plots and story lines being too different. I think Hercules is a decent investment of time and money.