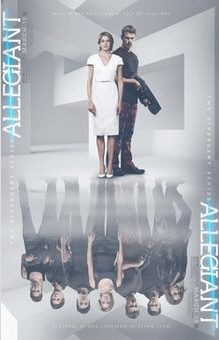 Confusing is not the word for the new category of “the world has ended” movies. Usually the youth are shut out, which causes them to fight the older population for any information that can lead to their freedom and a better functioning world.  Their goal is a world that will allow them the right to make their own decisions with less stringent rules and a more flexible future for all. Included in these world ending series where people are also categorized by class, is the Maze Runner/Scorch Trails, The Hunger Games trilogy, Tomorrowland, The Giver, District 9 and Elysium. I found myself getting confused and overlapping stories, making Divergent and Maze Runner fitting nicely together as one story. Having pointed out Hollywood’s new obsession, let me add that it isn’t all bad. While these movies are dealing with similar themes, some are doing it better than others. I like the Maze Runner series better than the Divergent series. I found the Hunger Games to be a little over the top, given the ending. In this third installment of the Divergent series, we find Tris (Shailene Woodley) and Four (Theo James) along with her brother Caleb (Ansel Elgort) and Peter (Miles Teller) running away from their home.  No one is allowed to approach the wall which is heavily secured by members of Evelyn’s (Naomi Watts) coalition.  However, they manage to get through and are greeted by an unknown army.  The soldiers take the them to the Bureau of Genetic Welfare, a highly advanced city where they learn the truth about their society. Many years ago, the government believed that society’s problems were caused by “bad genes”. In an attempt to create a better society, they began to modify people’s genes, with disastrous results. The government set up “experiments” in an attempt to repair this mistake, establishing isolated cities across the remains of the United States. The hope was to raise enough genetically pure Divergent individuals to fix the “genetic damage” left in the wake of the Purity War.  The bureau is headed up by David (Jeff Daniels) who deems Tris to be a pure Divergent and is therefore suited to help him get funding from the council he reports to in order to extend his experiments that will ultimately include the destruction of Chicago.  Of course there is much more going on, but as usual, I don’t want to give away any more of the plot.  Allegiant concludes with some very good turn of events. In my opinion, Allegiant is the best of the trilogy. The director (Robert Schwentke) ties events together quite nicely bringing good closure to this final sequel. Great acting and great special effects. There’s lots of adventure and the story is interesting and will keep you guessing.