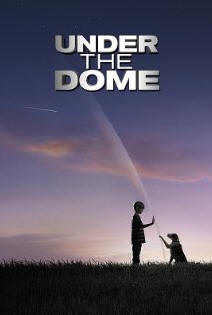 Under The Dome is about a small town, Chester Mills, that’s suddenly enclosed under a 10 plus miles clear, dome that’s high enough to allow rain.  No one knows where it came from or if it’s ever going to go away.  There is no way in or out.  The town is literally trapped.  There is no way to get any medical supplies to the people or food.  The military tried to blow the dome up with the mother of all bombs but failed.  In the meanwhile, there are many stories going on all over town.  For example, a councilman’s son kidnapped a former girlfriend and locked her in his bomb shelter.  2 kids have seizures whenever they touch the palms of their hands to each other.  Several police were killed,  each in a bazaar way, the councilman killed the town reverend who was involved in illegal drug dealings and several strangers with unrighteous agendas are trapped there as well .  If you think this sounds crazy, you’re right and there’s much, much more.  Season 2 of Under the Dome starts airing June 30, 2014 .  I watched season 1 (13 episodes) on Amazon Prime.  I was hooked in no time.  This is a Steven King story produced and directed by Stephen Spielberg.  It’s quite good.  The opening of season 2 should be very interesting!

Season 2:
Very disappointing opening. The drama was played down and unrealistically, the stars stay the stars, functioning as though nothing happened. I am very disappointed at where and how the story is headed. Because they’re trapped under a dome, there shouldn’t be any new characters, but there are.  Go figure.  The writing is getting sloppy and not making a lot of sense. I’m afraid if things don’t change, this series may get cancelled. 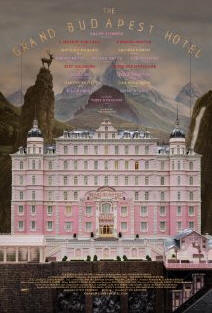 Critics Gave The Grand Budapest Hotel a “Must See” rating.  Choosing to see Budapest was a risk taking adventure for me as I don’t like slapstick comedy. Obviously, I saw it anyway.  Hoping that it was going to beat out the competition, I let the other movies fall my the wayside in favor of The Grand Budapest Hotel, which was not exactly slapstick.  I can’t say I made the wrong decision but I can say it was not a “Must See” movie. There was an unprecedented amount of stars in this movie starting with Jude Law who played an interviewer/writer and guest at the hotel.  This is the story of  Gustave H, played by Ralph Fiennes,  a legendary concierge at a  famous European hotel between the wars, and Zero Moustafa, the lobby boy, played by F. Murray Abraham as an adult and Tony Revolon as a young boy, who becomes his most trusted friend.  This legendary concierge was a ladies’ man who had an infinity for blond, old, rich women.  When one of them dies, he gets blamed for her death.  This is when the movie takes form and any and everything goes.  From Bob Balaban playing M. Martin to Adrien Brody who plays the dead woman’s son Dmitri to Willem Dafoe who plays a depraved killer named Jopling, I was intrigued.  Stars like Harvy Keitel, Bill Murray, Owen Wilson and Edward Norton graces this film bringing it to a level of craziness I truly enjoyed.  I was happy to see one of my most beloved actors, Jeff Goldblum who played deputy Kovacs as part of this wacky cast doing what he does best.  If you like this sort of shenanigans, you will surely like The Grand Budapest Hotel.  I was entertained and I thought it was funny.  You might just want to wait for the DVD, as there were no special effects or any other reason to spend money for the price of a movie ticket. 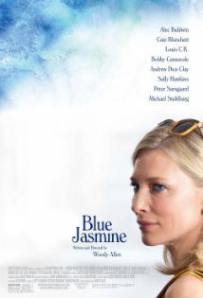 Cate Blanchett has given a riveting performance of a woman who is on the border of insanity.  Blue Jasmine sends a few profound messages.  One being honesty, which lends itself to reality that can set you free of your demons, if you can deal with the truth.  The character Jasmine is about as unstable as a stack of multi-sized blocks stacked 3 feet high.   After living the life of the rich and semi-quasi famous in New York, Jasmine finds herself living with her lower middle class, adopted sister (played by Sally Hawkins) in San Francisco.  Things get pretty crazy as Jasmine tries to make sense of her life and get back on her feet.  Alec Baldwin also gives a worthy performance as Jasmine’s  crooked husband while Andrew Dice Clay plays her sister’s ex-husband.  Over all,  Woody Allen has directed  another fine film.   Cate Blanchett turned in a performance that is every bit worthy of an Oscar. 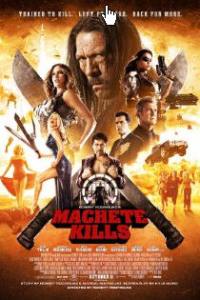 Machete Kills is getting a lot of buzz.  This is a movie you have to go in knowing it’s just for entertainment.  It’s extremely violent and full of sexy innuendos.  This movie has so much blood shed that it’s hard to keep up with the countless bodies left all over the place.  Imagine Charlie Sheen as president of the US and Cuba Gooding, Jr. as a sort of Change Shifter to the likes of Walton Goggins, Lady Gaga and Antonio Banderas.  I couldn’t believe the amount of stars that graced this dark, comical, crazy, twisted kill ride.  Danny Trejo plays a legendary killer who seems invincible.  Michelle Rodriguez plays Machete’s  sort of side kick.  Jessica Alba opens up this movie along side Machete doing what they do best, killing people.  Sofía Vergara plays the host of a house of ill repute.  You will see everything from gun shooting boobs to gun shooting vaginas.  Amber Heard plays Miss San Antonio among other things.  Finally, Mel Gibson plays the ultimate villain in this very funny, violent, crazy movie.  I loved it.  I was thoroughly entertained.  Just imagine what you know of these stars and the roles they played.  That’s funny in itself.   There are many more stars and many more to come as the sequel is in the works.  We get a little sneak preview into “Machete  in Space” which is the next in line to dazzle us into laughter and stupidness.  Enjoy! 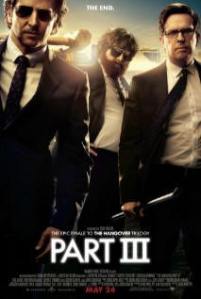 3rd time, not a charm.  Zach Galifianakis had more deeply seeded problems than was ever revealed in the 1st and 2nd Hangover films. Zach’s character was so dark I felt he belonged in a mental institution.  It must be extremely hard to come up with fresh material when you’re writing a 3rd sequel.  My take, “been there, done that” — not funny and not so new.  It was officially revealed that Ken Jeong was a certified crazy villain who made Zach Galifianakis’ character (Alan) look almost normal.  Their adventures were so unrealistic one could only shake their head.   If you stayed pass the credits to see the outtakes, you got an eye full of  Ken Jeong in a much too much informational way.  Over all Hangover was interesting at best.  The funniest scene was in the hotel when Mr. Chow decided to bail.  I hope this is a trilogy because a 4th sequel would not be in out best interest!