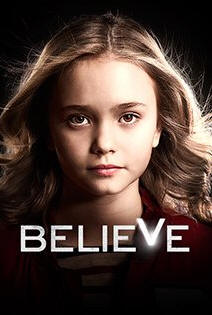 I’m not sure this series is going to make it.  It’s about a little girl with special abilities.  While it’s well acted, the concept is unbelievable and has been done before.  The theme is “whoever controls the girl, controls the world”.  It reminds me of Heroes, which I loved until the writers went a little crazy and messed up a really good show.  They introduced so many new super powers and killed off so many beloved ones, it became impossible to maintain a relationship with the show.  Believe focuses on one super power that was born of another super power, who died in childbirth.  The child is played by Johnny Sequoyah, who is a girl who just happens to have a boy’s name. The agency is headed up by Milton Winter, played by Delroy Lindo, who is trying to make sure the child is safe and free of experimentation and abuse.  They have gone as far as breaking the child’s father out of prison and giving him the task of protecting his daughter.  Of course he dosen’t know the little girl is his daughter and all of New York and beyond is searching for them.  The child is also misson oriented and has to backtrack and/or stop running long enough to put herself and her father in harm’s way while helping some distressed person to greener pastures.  This reminds me of Touch, which was one of the best series on TV, in my opinion.  With some writting changes, Believe has the potential to become a very good series.  Believe is a J.J. Abrams and Alfonso Cuaron production so it may turn out to be a good one.  Check it out.  Believe is currently airing on NBC.