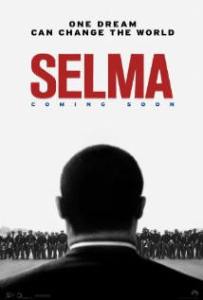 Selma is the most significant movie to come out of Hollywood on the subject of the Black plight since Amistad.  Selma chronicles a period of 3 months in which the march for the right to vote in 1965 from Selma to Montgomery took place.  This powerful story serves to inform Black and White America from the inside, how an entire race of human beings lived through a Black Holocaust orchestrated by the hands of the very people who enslaved them and used them to build this great nation we live in.  David Oyelowo plays Dr. Martin Luther King, Jr., the greatest non-violent civil rights leader that ever  lived.  I cried throughout this emotionally packed movie that tells the story of how Black and White supporters were slain and beaten in the pursuance of the Black equal right to vote saga.  Selma also tells the story of hatred in the South that spread all over America and abroad.  In addition, it showed the many Whites who stepped up and died for the cause.   Tim Wilkinson brilliantly played Lyndon Baines Johnson who, in the end, did the right thing by signing the Voting Rights Act of 1965.  Selma was a huge but small part of the Black plight.  Since their abduction from Africa, enslavement and defilement as humans, to the Emancipation, Jim Crow and up to present day, millions have died.  I wish I could say it’s over but Ferguson and Staten Island shows us that it’s not.  I can only hope movies like Selma will help all Americans understand what took place and that we have enough to battle without battling each other and without all the hatred.  The story was spot-on and the cast was brilliant.  Carmen Ejogo played Coretta Scott King, Martin’s wife.  Kudos to Paul Webb (writer) and Ava DuVernay (director)  for this well told story.  Selma is Oscar worthy, indeed!

[SELMA is nominated for Best Picture and Music: Original Song

Every critique of a movie is actually the opinion of the “critiquer” or the person doing the critiquing.  Having said that, I feel it’s okay to further interject with a personal opinion about certain actors portraying a character.  Iron Man 3 is the subject of this critique.

For a long while, I had given up on one of my favorite actors.  Writing him off to the wilds of drugs and too much partying.  Just when it looked as though he was about to cancel out of society, a remarkable thing happened.  As he had fallen, he got back up for the umpteen time.  Only this time, he stood tall and continues to do so.  Even though I don’t know Robert Downing, Jr. personally, I am so proud of his achievements.  In a strange way, he reminds me of Johnny Depp.  His larger than life personality and aura brings a uniqueness to every character he plays.  I believe he is up there on genius status.  He is brilliant to watch and quite pleasing to the eyes.

Iron Man 1 and 2 were so good, I didn’t want either to end.  I gave each a 10 out or 10 rating.  Iron Man 3 was also good, however I felt there was much to much destruction.  Too many scenes had us witnessing building after building being destroyed.  It really became tiresome.  The “one man’s revenge” thing has also been overdone.  Somebody has run out of fresh ideas on how to come up with a scenario that renders a good plot for evil vs. pretty good.  I know the Iron Man idea is a fantasy, however there are a select number of  folks who sometimes convince themselves that this might be possible somewhere down the line.  Therefore, some semblance of normalcy would be appreciated.  Suffice to say, I didn’t like this third sequel as much as the first and second films but I liked it enough to rate it 8 out of 10.

[IRON MAN 3 is nominated for Achievement in Visual Effects]