Ad Astra is a science fiction adventure produced, co-written, and directed by James Gray. The Movie follows an astronaut who goes into space in search of his lost father, whose experiment threatens the Solar System. The trailers for Ad Astra indicated the film as a possible Oscar contender, which piqued my interest so I went to see the movie.  I do not agree that Ad Astra is Oscar-worthy.

In the near future, Earth’s solar system is being struck by a series of mysterious power surges, threatening human life. After surviving an incident caused by a surge, Major Roy McBride (Brad Pitt), son of famed astronaut H. Clifford McBride (Tommy Lee Jones), is informed by U.S. Space Command (SpaceCom) that the surges have been traced to the “Lima Project” – created to search the farthest Solar System for intelligent life, under Clifford’s leadership – from whom nothing has been heard for sixteen years after reaching Neptune. Informed that Clifford may still be alive, Roy accepts a mission to travel to Mars to try to establish communication with him, joined by his father’s old associate Colonel Pruitt (Donald Sutherland).

Once on the moon, Roy transfers to the ship, Cepheus, that takes him to Mars. The ship receives a distress signal from a Norwegian biomedical research space station that seems abandoned, but a baboon test subject escaped, killing the captain of the Cepheus before being neutralized by Roy. Another baboon attacks, but Roy locks it in a module and depressurizes the chamber, killing it instantly. The Cepheus lands on Mars as a surge hits, forcing manual intervention. The interim captain is too afraid to fly, leaving Roy to land the ship. Upon landing, Roy is taken to the underground SpaceCom base where he meets facility director Helen Lantos (Ruth Negga) and is tasked with recording voice messages to send to the Lima Project, in hopes Clifford will respond. During a recording, Roy goes off-script with an emotional appeal to his father and is abruptly taken off the mission, presuming a response has been heard and his personal connection poses a risk to himself and the mission’s success.

Kept in a “comfort room”, awaiting expedition back to Earth, Roy is visited by Helen, who reveals she was born on Mars and the daughter of Lima Project crew-members. She shows Roy classified footage revealing that Clifford’s crew mutinied by trying to return to Earth, leading him to turn off their life-support systems and that her parents were among the crew killed. She tells Roy that the crew that brought him to Mars are leaving to destroy the Lima Project base with a nuclear payload. The two decide that Roy should confront Clifford himself, and Helen sneaks Roy to an underground lake beneath the rocket launch site. From this point, Ad Astra gets somewhat interesting.  I’m stopping here as not to spoil any more of the movie.

Ad Astra made me feel tired and a little bored.  It is as though the movie was filmed in slow motion.  The trailer wasn’t very clear about the film’s plot but deemed Ad Astra as one of this year’s best. While I love Brad Pitt, I didn’t love Ad Astra.  It was too slow and too stretched out. The movie showed an old concept from a different perspective.  Son follows in dad’s footsteps with a huge twist.  There’s no relationship between them, plus a 16-year gap as dad was presumed dead after being trapped on Neptune during a failed mission.  New evidence indicated life combined with a mental challenge, dad lives.  Interesting but not a lot of substance causing technical fill-ins that make great special effects but little interest or excitement.  Well done but boring with a predictable outcome.  Considered a box office underperformer, Ad Astra has only grossed $111M to date.  Skip this one or see it on DVD/Blu-ray.  If Brad holds that special place in your heart and you just have to see Ad Astra, do Check It Out! 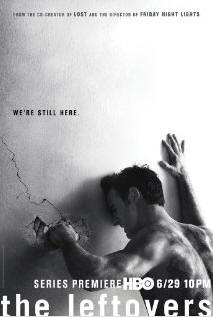 After watching two episodes, I don’t really like The Leftovers.  For so long, we were bombarded with trailers and hype about this series.  Now that it’s a reality, I feel let down.  The Leftovers may turn out to be really good but so far I’m not feeling it.  It seems slow, and down right boring.  1.4 million people, world wide have disappeared alluding to the Rapture.  One town is targeted in this series where 100 of all those who went missing were residents.  Husbands, wives, children, mothers and fathers are gone without explanation.  There are a group of people who dress in white, smoke cigarettes, and don’t speak but recruit others who have lost love ones.  They say (in writing) that they are there so that we don’t forget.  Maybe the show is too new but I don’t get what this group is really all about.  I always thought when the Rapture happened, everyone would believe in Christianity.  I’m not sure The Leftovers is about the Rapture.  This just might be a Science Fiction series.  Right now, it’s pretty lack luster and weird.  The Leftovers currently airs on HBO. I will update this critique to reflect what I think after a few more episodes have aired.

I have completed watching the entire 1st season and I still find this series weird.  The drama has picked up but The Leftovers is not what I thought it would be from the trailers and hype advertised.  I stand by my rating of 6.5 and that’s generous.  I think the group in white is sort of spoiling the story.  In my opinion, I think the series should follow a different plot.