At Eternity’s Gate is a biographical drama about the final years of painter, Vincent van Gogh’s life. The film is directed by Julian Schnabel, from a screenplay by Schnabel, Louise Kugelberg and Jean-Claude Carrière. Last year an animated, fully hand oil painted version of the last years of Vincent Van Gogh, was nominated for Best Animated Feature and told a very similar story – This movie, made with true life actors, was brilliantly done and I find the film indescribably touching. I’ve decided to deal more with Willem Dafoe’s performance and feelings about the movie, via a series of quotes taken from various places and the direction taken by Schnabel rather than the story content, which is already pretty well known.

At Eternity’s Gate focuses on Vincent van Gogh’s (Willem Dafoe) final years, which were spent in the South of France. The opening scene shows van Gogh chanting, “I just want to be one of them,” in a mournful voice. For painting is like breathing, eating or like drinking water for Vincent. The only person who had a clue about what it was like to be van Gogh was his brother, Theodorus “Theo” van Gogh (Rupert Friend) who also supported him financially as well as emotionally, despite his illness and heavy drinking. Vincent, the son of a Dutch Reformed minister, felt he was chosen to paint, despite the constant criticisms by other painters that determined his paintings to be sub-par.

Since van Gogh died at the early age of 37, DaFoe had his work cut out for him, as he had to shed more than a quarter of a century in age to portray van Gogh with such childlike faith and innocence. From the tugging off of his old boots to sketching them or lying prone in a French field, happily dribbling dirt onto his face, Vincent’s world was simple and full of beauty. In one scene, Vincent tells a credulous priest (Mads Mikkelsen), “Maybe God made me a painter for people who weren’t born yet.” Still, the world largely ignored van Gogh, putting him away in a series of asylums.

Director, Schnabel, captures van Gogh’s madness mostly from the inside: His shots are shaky and chaotic or slowed down to long, contemplative pauses; panicked when Vincent doesn’t know what he’s done, and blissful when he’s in the throes of painting or being held by his brother.

To portray Vincent van Gogh in At Eternity’s Gate, Willem Dafoe needed to learn to paint in a way that would allow him to see the world through van Gogh’s eyes. “The beautiful thing is you become van Gogh”. Dafoe had only a cursory knowledge of the artist before signing on to the film. “What I know about Vincent van Gogh is probably what most people know,” he says. “I had seen his paintings. I can’t say I fully appreciated him before this. I do now.” That understanding came from painting lessons, under the tutelage of director Julian Schnabel. “That was the key to everything,” Dafoe says. “It gave me very concrete examples to exercise different ways of seeing, and I loved that. This movie may have changed me for all time — not only in how I look at painting, but how I look at things.”

After van Gogh discharged himself from Saint-Rémy and moved to the Auberge Ravoux in Auvers-sur-Oise near Paris, he came under the care of the homeopathic doctor Paul Gachet (Mathieu Amalric) . His depression continued and on July 27th 1890, Van Gogh shot himself in the chest with a revolver and died from his injuries two days later.

I enjoyed At Eternity’s Gate immensely. Willem Dafoe outdid himself as the mad, depressed, alcoholic painter.  I don’t think Dafoe has ever portrayed any role in the same light as he portrayed van Gogh.  This movie is definitely not for everyone — as the scenes get pretty graphic as Gogh’s madness is displayed.  At Eternity’s Gate is more of a literary piece that might prove boring to some.  If you know the story of Vincent van Gogh and believe it to be a classic piece you can embrace, then go for it — Check It Out!

[At Eternity’s Gate is Oscar nominated for Best Actor] 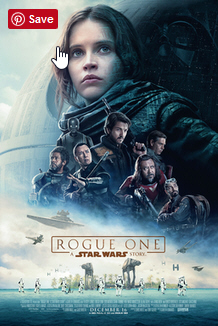 Before the last Star Wars adventure, which was about finding Luke Skywalker, (who is also the last Jedi) for his help in saving his sister and the republic from being destroyed by a new device, there was a story waiting to be told.  A new Death Star, a space station-based superweapon capable of destroying an entire planet  was being developed by a research scientist, Galen Erso (Mads Mikkelsen) who is now hiding on the planet Lah’mu with his wife Lyra Erso (Valene Kane) and daughter Jyn Erso (Felicity Jones).  Rogue One: A Star Wars Story goes back before The Force Awakens and tells us how it all came to be. Brilliantly acted, the story is excellent and to the point. The Force lives on.

In Rogue One, Imperial weapons developer, Orson Krennic (Ben Mendelsohn) arrives on planet Lah’mu to take Galen back with him to complete the unfinished Death Star. Galen refuses and his wife, Lyra is killed  during the confrontation, but their daughter Jyn escapes and is taken to safety by Rebel extremist, Saw Gerrera (Forest Whitaker). Saw is a veteran of the Clone Wars and a friend of the Erso family who mentors Jyn in her later childhood years.

As usual, I don’t want to ruin an excellent story, so I will stop here but tell you a little about some of the new and different characters and about some of the old characters.  While Rogue One mainly focuses on Jyn, it has produced  characters such as:  A Zatoichi-esque blind warrior and friend  who is obsessed with the Force and believed to be one of the Guardians of the Whills, Chirrut Îmwe, (Donnie Yen).  His character brings much excitement and amazement to the story.  Jiang Wen (Baze Malbus), a Rebel warrior, mercenary and best friend of Chirrut Îmwe. I totally loved Wen and all that he brought to the story.   Bodhi Rook I (Riz Ahmed), a former Imperial cargo pilot who defects to the Rebels under the influence of Galen.  A significant character who keeps us in loads of suspense.  Cassian Andor (Diego Luna), a Rebel Alliance Captain and Intelligence officer. A lovable, handsome, complicated character who is a little too soft spoken for the role.  K-2SO (Alan Tudyk), a Rebel-owned Imperial enforcer droid who was reprogrammed by Cassian Andor. K-2S0 is a delight and brings much to the screen.  James Earl Jones reprises his role, lending his voice as Darth Vader and Jimmy Smits, Genevieve O’Reilly, and Anthony Daniels reprise their roles from previous films as Bail Organa, Mon Mothma, and C-3PO, respectively.

[NOTE]:  At the time of this post, Carrie Fisher has passed.  She will be missed — RIP Princess Leia Organa!! 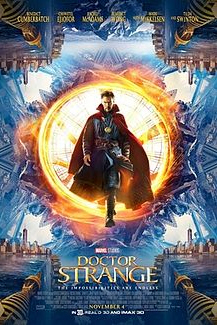 Please keep in mine, I am not rating any of super hero movies against their comic books series because I don’t read comic books. In fact, I’ve never read any comic books or watched any cartoons. It was never my thing. I am reviewing these movies strictly on whether I was entertained and the quality of the movie. Dr. Strange was not what I expected. That’s not to say it was bad, it’s just to say the subject matter was not what I thought it would be. Having said that,  I liked the movie but I think it fell a little flat. Logically, I couldn’t wrap my mind around the reason Kaecilius (Mads Mikkelsen) the sorcerer and his zealots, who were ruled by the dark Dormammu, wanted to kill off most of the world.  After that, what’s there to rule? It just didn’t make sense to me. So much effort for nothing. I also classify Dr. Strange’s character as a pompous ass. He’s so full of himself that it was hard to like him. I get that is a character flaw he’s been battling with forever and probably isn’t news to anyone but me, however, it was still difficult to deal with. This Reminded me of that other silly superhero everyone loved but I hated because of his “I love me and everything I do attitude” (Ryan Reynolds) in Deadpool. Dr. Strange’s attitude is not as bad as Deadpool but it’s close. The saving grace in this movie is the phenomenal actress, Tilda Swinton. She is one of the best actresses of our time and in my opinion certainly made Dr. Strange worth seeing.

Dr. Stephen Strange (Benedict Cumberbatch) an acclaimed neurosurgeon, loses the use of his hands in a car accident.  His ego wouldn’t allow him to accept his new position in life that wouldn’t include performing surgery, which keeps him in fresh pats on the back.  During Dr. Strange’s research for a cure, he learns of a person, Jonathan Pangborn, (Benjamin Bratt) a paraplegic with similar neurological problems who learned how to heal himself by going off to Kathmandu, Nepal, to study with the Ancient One, (Tilda Swinton) who has been alive for an undisclosed amount of time.

He also met with Karl Mordo (Chiwetel Ejiofor), a Master of the Mystic Arts, close with the Ancient One and now a mentor to Dr. Strange. While there, they tried to put Dr. Strange’s ego in tact and teach him powers he never imagined existed.  Moving in and out of spiritual realms took a lot for him to learn and even shaped his character a little but not quite enough to call him modest. An injury caused Strange to drift back to the hospital where he worked for life saving treatment and interaction with his colleague and love interest, Christine Palmer (Rachel McAdams).  There was much humor and the special effects were outstanding.  The acting was brilliant and the costume design was fantastic.  Despite Dr. Strange’s cocky attitude, I found the movie very entertaining and highly recommend it.