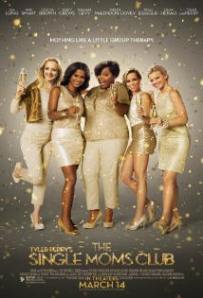 Tyler Perry is the king of happy endings and endings with a good and spiritual message. The Single Mom’s Club is no exception.  It’s the story of 5 women living the single mom life.  We all know it’s not easy raising children with a husband so we know it has to be much harder without one.   These 5 women are raising their children alone either because they are going through a divorce, by choice or the father is absent due to extenuating circumstances.  Because their children are attending the same private school, the moms become friends and decide to form a support group and call it “The Single Mom’s Club”.  The story is descent and the circumstances are somewhat relateable.  Tyler Perry actually stars in this movie as a love interest for Mia Long, who plays May.  Each mom eventually has a love interest and is invested in their child having a promising future.  The story unfolds as each mom tries to put their live and their relationships with their children together.   Wendi McLendon-Covey plays Jan who’s love interest is  Eddie Cibrian who plays Santos.  Amy Smart plays Hilary who’s love interest is Ryan Eggold (The Blacklist) who plays Peter.  Cocoa Brown plays Lytia who’s love interest is Terry Crews who plays Branson.   Zulay Henao Plays Esperanza who’s love interest is William Levy who plays Manny.  The movie is a little corny but sends a good message.  I enjoyed it on DVD. 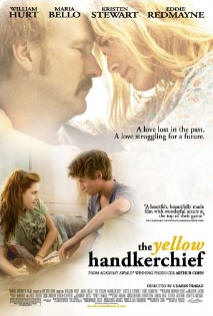 I absolutely loved this movie.  William Hurt plays Brett Hanson, a newly released prison inmate with nowhere to go.  He soon meets up with Martine, played by Kristen Stewart and Gordy, played by Eddie Redmayne.  As the movie progresses, Brett Hanson’s life is revealed and the three embark on a road trip/journey that proves to be mentally healthy and empowering for all.  It seems their common denominator is loneiness.  I can’t say I’ve seen any other movies like this one.  I loved the fact that there was little violence and the story wasn’t over the top.  Explanations were feasible, decisions somewhat sensible and the ending was very well done.  Brett Hanson’s story was the most profound given his age and experiences which included a woman named May, played by Maria Bello.  I highly recommend this movie as it delves into the lives of the lonely and shows you should not judge a book by it’s cover.  Now available on Netflix.