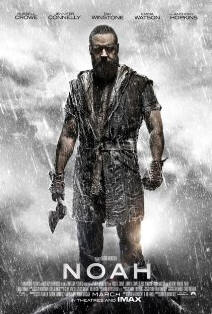 I had heard Noah wasn’t biblical and some other criticisms that I wouldn’t be able to elaborate on until I actually saw the movie.  So now I can tell you that Noah is as biblical as scripture allows.  What I mean by this is the Bible does not go into detail about Noah’s plight.  All that is undefined in the Bible, is filled in by Hollywood.  Whose to say it wasn’t the way this movie depicts the story.  So at best, it’s 75/25 in favor of the Bible.  Russell Crowe really played the heck out of Noah.   Jennifer Connelly as Noah’s wife, Naameh was brilliant.  Noah was tasked, by God, to fulfill this monumental assignment of building an arc to house his family and 2 of all the existing creatures in the world during the annihilation of all sinners by flooding water.  I don’t think the movie mentioned that the rains lasted 40 days and 40 nights.  This information is according to scripture.  Noah was well acted and pretty exciting.  I particularly liked the Watchers.  The special effects were fantastic.  From the arc to the seething waters, it looked real.  As usual,  Anthony Hopkins was outstanding as “grandfather”.   Because I don’t want to add spoilers, I really can’t talk about all of Noah’s  content but I can say Noah is a very good film.  I think it’s worth seeing on the big screen and it’s worth your buck! 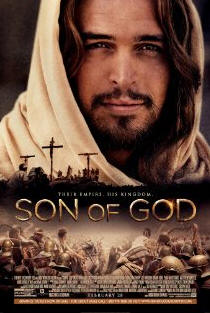 While I am a staunch Christian, I didn’t like this version of the life of Jesus.  It didn’t flow, it was choppy and all over the place.  It seemed to highlight many significant events from the “New Testament” instead of telling a complete story.  I’m not sure why they made “Son of God”.  Mel Gibson’s “Passion of the Christ” is hard to follow.  There is also another older TV mini series (“Jesus of Nazareth”) that was excellent.  “Son of God” is a spin-off of the History Channel’s mini-series, “The Bible.”   In” Son of God” I found several differences between scripture and the movie.  When Jesus raised Lazarus from the grave, he never went into the cave.  Jesus simply shouted “Lazarus, come out!”  (John 11:43).  This really doesn’t change anything but movies like this teaches people who may not know what happened.  I also didn’t understand why Jesus (played by Diogo Morgado) was always smiling, even when He was angry.  That doesn’t lend itself to the reality of His feelings about what was going on.  There were a couple of other inconsistencies but again, insignificant.  I feel the filmmakers lacked respect for true scripture.  My biggest problem was how choppy the movie was and one problem I’ve always had, the Bible says Jesus’ skin is bronze and His hair white, like lamb’s wool (Rev 1:12).  Also in that part of the country, people were not white.  I’m not saying Jesus was Black but he certainly was not white with blue or light gray eyes.  There was nothing different, only lacking in “Son of God” and other than spreading the Gospel, which in this case was not completely accurate, I can’t recommend that anyone should see this movie.