Because I hadn’t seen Before Sunrise, I didn’t know what to expect from Before Midnight, so I watched both.  OMG, I was so terribly bored after half an hour of constant chatter.  This movie had maybe 4 to 6 other characters who played very little importance to the film.  Before Midnight is the sequel to Before Sunrise and both were mainly two people meeting on a train and falling in love.  Scenes included endless walking and talking and little to no action.  The sequel offered a little more, as it had a few meaningful characters that contributed little but was a welcome site because I was so tired of Ethan Hawke and Julie Delpy.  The sequel takes place in Paris and is 20 years after their first meeting.  I’m not sure why this movie was nominated for anything but it has an Adapted Screenplay Oscar nomination.  If you look up Before Midnight on IMDB, it has an 8.1 rating.  I’m not sure why, obviously there are many who don’t agree with me but this is a review that reflects my opinion.  I will acknowledge that some good points came out of their dialogue but that’s the only good thing I have to say about the movie.

[BEFORE MIDNIGHT is nominated for Adapted Screenplay] 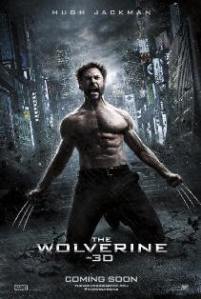 This may have been the best of the Wolverine  characters.  We got to see a whole lot of him.  He is in almost every frame.  Who can complain with his newly sculptured body.  The story is the key — I believe it was one of the best.  I loved the fighting girls and the weakened Wolverine.  There’s a train segment that is mind blowing.  Talk about “camera, action — Director, James Mangold outdid himself.  The movie was a little long but still enjoyable.  Boredom was not an issue.  Basically, Wolverine was summoned by an old dying acquaintance for a chance to say farewell and thank you for saving his life many years ago.  As it turns out, there was a lot more to this call than good bye.  The action leading up to Wolverine’s trip to Japan and the appearance of the young girl sent to bring him there was pretty exciting.

Be certain, if you see this movie, that you watch it to the end and then some.  The “then some” is fantastic.  The sequel is in the works.  I highly recommend seeing Wolverine on the big screen.  I felt I had to give it a rating of 8 out of 10.