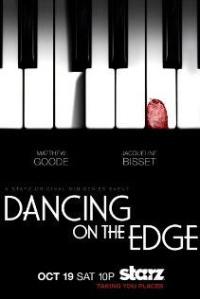 This mini series takes place in the 1930s in London, England.  Blacks were still not accepted in the mainstream and many laws were still in place to keep them separated from Whites.  This story is about a jazz band and it’s leader Louis Lester (played by Chiwetel Ejiofor) who became entangled with England’s upper class resulting in deceit, murder and love.  Most of this is brought on my one character who wasn’t going for a racial incident but who was a mentally disturbed person who performed out of sickness.  Dancing on the Edge has great entertainment through it’s music and divine singing.  John Goodman has a significant role as an extremely rich businessman who has an unusual obsession.  I thought this series ended leaving the viewer with a taste for more.  I really liked the series but I felt it should have given us more information at the end.  There’s a bevy of actors and actresses who make Dancing on the Edge a success.  It’s currently playing on HBO and is considered a mini series.  It’s aired in 6 parts.